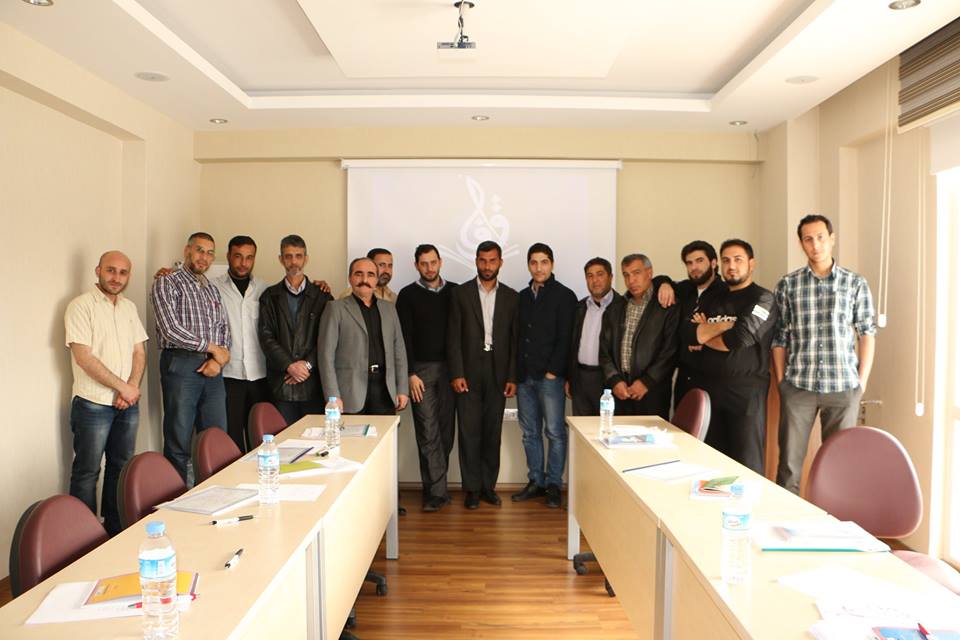 Afaq Academy for change and development was established by a number of Syrian activists in Gaziantep in Turkey as a means for guiding revolutionists (armed fighters against the regime), raising their awareness of the basics of International Humanitarian Law, improving their strategic planning skills, and providing them with psychological support.

Six trainings have been completed so far; the academy’s training provides a quiet environment for the fighters away from the war, in order to help them alleviate the stress they are enduring at combat fronts. The trainings are aimed at promoting International Humanitarian norms as well as Islamic teachings among these armed groups in order to graduate fighters, not killers.

According to Ossama Abou Zaid, international humanitarian law trainer in the academy, it is problematic to have a foreign trainer as it sets up a language barrier; in addition to the sensitivity of the fighters to any western project. Ossama Abou Zaid said that this issue is what motivated them to establish an academy run by a staff of Syrian trainers and employees; the academy’s staff put together a curriculum of legal and psychological topics. The academy gives booklets entitled “Fighter, not Killer” to each trainee; leaders of groups are given as many copies as possible to distribute them to the fighters inside Syria.

Mr. Muhammad Al Sayyed, a counseling psychologist, said that the psychological part of the training provides the trainees with methods and techniques to protect themselves, and to maintain psychological balance in case of experiencing traumatic events during the fighting. The training also includes stress-control skills to help fighters distance themselves from the ongoing events in order to ensure better reactions during crises.

The trainer’s role, according to Mr. Al Sayyed, is to ameliorate the accumulated effects and thus to help fighters regain and build resilience. He also stressed the necessity of keeping in contact with trainers so that the training delivers its desired result.

The booklets issued by the Afaq Academy contain legal guidelines for the fighters on how to act in times of conflict. The ideas in the booklets are delivered through simple style along with accompanying illustrations; moreover, the compact size of the booklets helps keeping them within hand’s reach.

The academy is practically a dorm for the trainees where fifteen beds are available; the potential for future expansion is also considered in order to be able receive larger numbers of trainees each training course. The Academy is also equipped with audio-visual equipment and has four sound studios. In the main hall, movies featuring humanitarian and military stories are played.

The family atmosphere provided in the academy helps sharing affinity; fighters under training are urged to discuss the current situation inside Syria and to share their experience at the frontlines, with a view to building core, longer-term networks of communication among them. 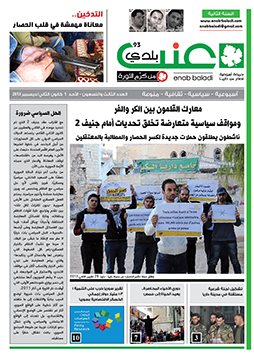 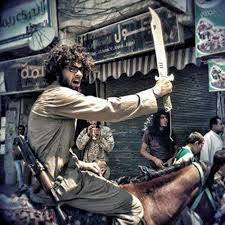