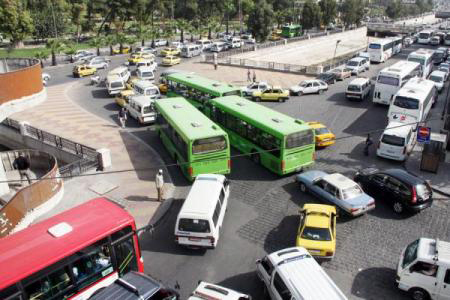 The traffic has been increasingly growing following the beginning of the new academic year in Syria, in Damascus in particular. The traffic jam reaches its highest levels between 1 pm and 4 pm, when school students and government employees are heading homes. In addition to the thorough search at checkpoints which is a major factor in causing this traffic.

Eman who lives in Damascus had to pick up her mother as she waited over two hours in the sun among crowds of people awaiting any means of transportation in Al Baramkeh in Damascus City Centre. The mother was on the verge of tears after a long trip from Eastern Ghouta to the capital.

To avoid this traffic and to save time, many people turned to the poor inadequate public bus service; due to the small number of the available buses, dozens of people do not find seats and thus ride in the bus standing.

For some others who used to disdain to use public transportation, getting a “commercial” seat (which is a small wooden box put in the passage space in the bus) became like a dream coming true.

Sharing transportation became a common way to save money and time as well; cab drivers wait for customers at crowded bus stops calling out their destinations and charges. Nowadays, it is prevalent among Syrian people in Damascus and its suburbs to share a cab or a private car with complete strangers with whom they may share only the destination.

Also it became conventional for drivers who are heading to their rural towns to pick up people from bus stops in Damascus city.

A limited number of people, who are still financially secure, resorted to stop any car, cab or private, and ask for a drive in return of the amount of money the driver imposes.

Walking was the choice of many young people especially inside Damascus. It proved to be an effective method to save time and money since there is no long distances within the city itself.

Ayman, a taxi driver, and his brother, a bus driver, say that they prefer to work in the early hours of the morning and between 4pm and 8pm to avoid traffic. Ayman says that he avoids traffic in order to avoid arguing with customers “who blame us for the soaring prices of fuel as if we are the ones who raised them, or we blocked the roads causing the terrible traffic everywhere”.

As people suffering increases, the Syrian media presents its “unique” point of view about things. During the morning show on the pro-regime Sama TV, horoscopes anchor appreciated neither   students, workers or employees did not. “Though we arrive late at work sometimes, we are enjoying the heavy traffic”, the anchor said. 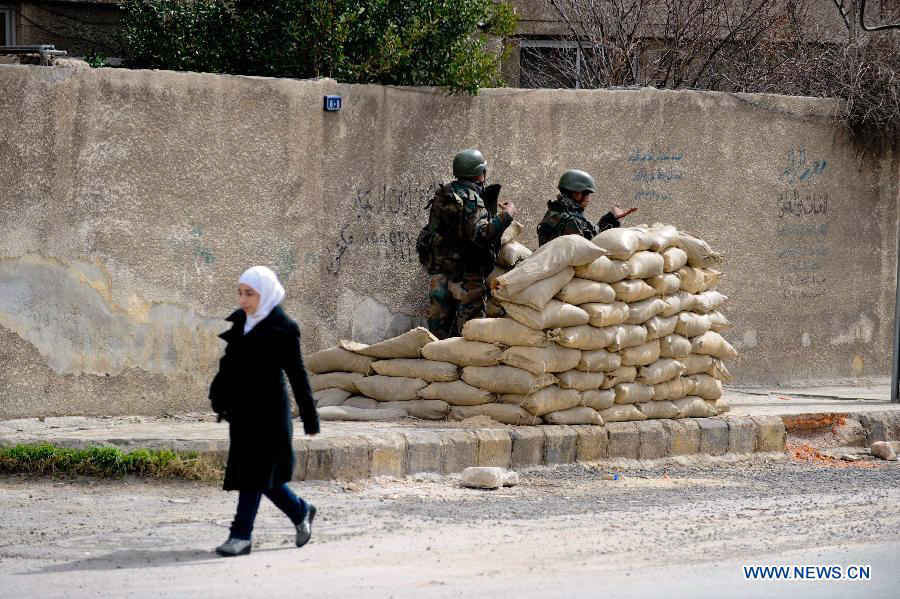