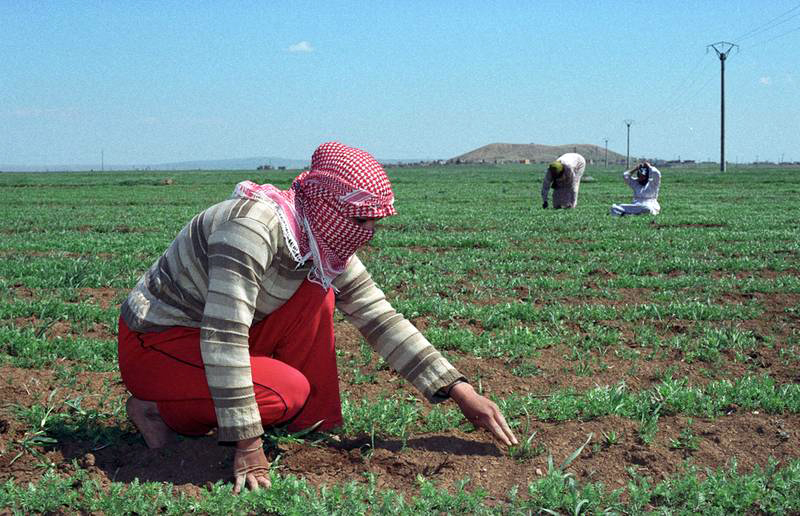 Continuous political unrest in Syria has aggravated economic conditions and deepened contraction of all economic sectors; be it  industrial, agricultural or commercial .The repercussions of that regression can be obviously observed at the local markets where prices are rapidly increasing and goods are gradually missing.

Agricultural economy is considered the pillar of any strong economy in the world. It is the main resource for the raw materials used for industry. Moreover, lots of agricultural products such as, oils, cotton, wheat, and rice formulate the most popular basis and the dynamo of trade operations.

The agricultural sector in Syria has fallen sharply after the start of Syrian revolution. According to inspectors, this regression is due to the mass exodus across Syria, ruining crops deliberately by scraping or burning, and the rapid increase of agricultural supplies’ prices such as fuel, seeds and fertilizers.

A report regarding the Syrian economic regression has been released by the United Nations Food and Agriculture Organization (FAO), and Food World Programme (FWP). This report addresses that the Syrian crisis has cost the agricultural sector severe losses estimated at 1.8 billion U.S Dollars. It also points out the significant damage to infrastructure and irrigation systems caused by the conflict. Add to that the difficulties farmers encounter when reaping crops due to insecurity and lack of fuel.

In his talk to the pro-regime newspaper’ Alwatan, Salman AlAhmad, a member of the board of the “federation of chambers of Syrian agriculture” has criticized some practices of the current government. He, for instance disapproved the resolution of the minister of petroleum and mineral resources that deprives farmers from their allocations of fuel oil while industrialists get theirs regularly. He also critically blamed the government for what he so-called “the austere neglect’ of the Syrian federation of agricultural chamber”.

It should be noted that the Syrian regime has burned a lot of agricultural crops in Daraa, Idlib and rural areas of Aleppo as the opposition’s media states. As shown in their published videos on social networks, regimes’ soldiers have burned some wheat crops in Idlib while their military tanks were used to destroy other agricultural crops.

At last, it is worth reminding that the agricultural sector is the mainstay of the Syrian economy. Therefore, constraints that prevent its improvement should be declared and overcome as soon as possible. That is essential to stop any humanitarian disaster regarding the Syrian food security. The signals of that disaster started to appear especially after the agricultural production had reached its lowest level in Syria’s contemporary history. 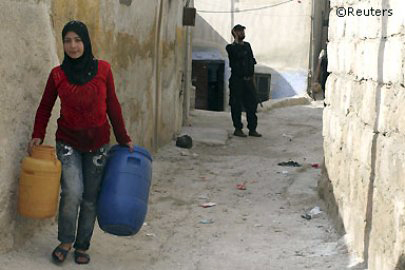