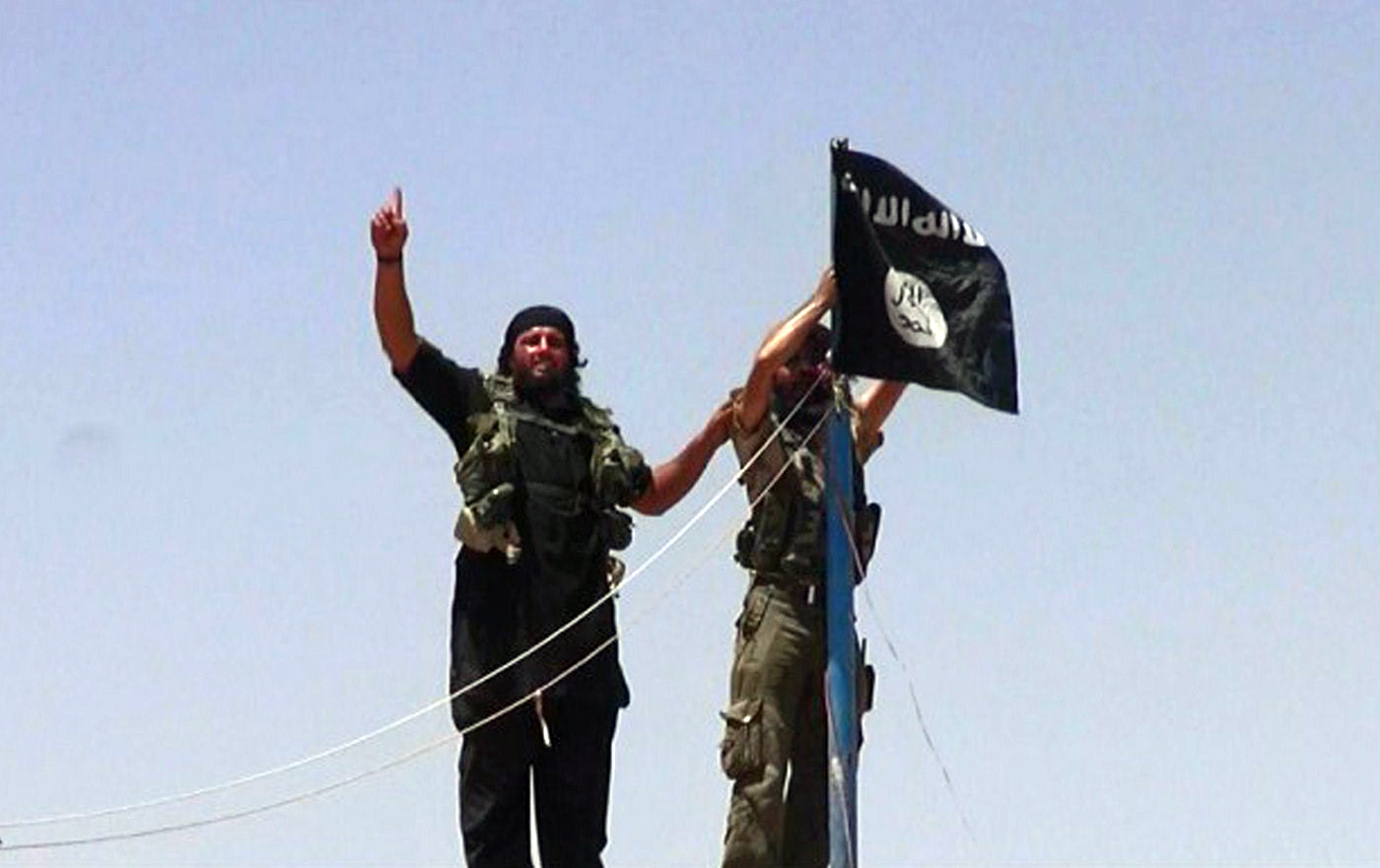 LKS 20140611 HO12; An image made available by the jihadist Twitter account Al-Baraka news on June 11, 2014 allegedly shows militants of the jihadist group Islamic State of Iraq and the Levant (ISIL) hanging the Islamic Jihad flag on a pole at the top of an ancient military fort after they cut a road through the Syrian-Iraqi border between the Iraqi Nineveh province and the Syrian town of Al-Hasakah. LEHTIKUVA / AFP PHOTO / HO / ALBARAKA NEWS