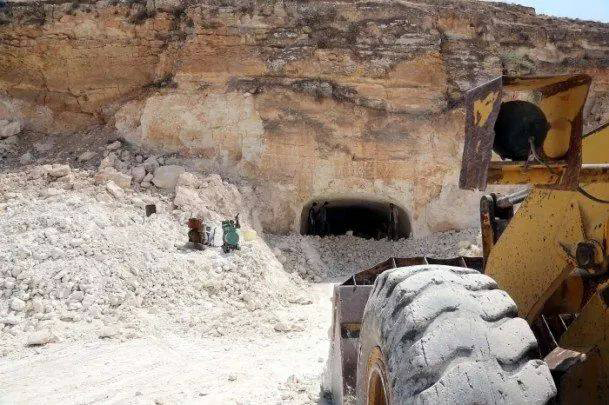 The Foundation for Human Rights and Freedoms and Humanitarian Relief in Turkey has been working on setting up underground hospitals to protect the patients against air strikes launched by Assad regime forces; dozens of patients, wounded, doctors, nurses, andparamedics were killed in aerial attacks targeting hospitals and medical centers in Syria, said a report prepared by the foundation.

In an effort to reduce such occurrences, and in collaboration with other donor parties, the foundation did the preparations for building underground hospitals across Hama, Aleppo and Idlib.

Enab Baladi interviewed Mr. Omar Adel Gül, an official in the IHH Foundation, and he said that the study of the project of setting up underground hospitals was conducted considering the long-term effects and risks before the project was put into implementation; thus the hospital is being built at the foot of the mountains in order to minimize the damages in case of shelling the place.

“The foundation prepared the study of the project in collaboration with doctors and local partners in Syria (persons and local agencies) who will implement the project under the foundation’s supervision based on memorandums of understanding between the two parties; and it is expected that the work on the project will be finalized within the next four months”, added Mr. Gül.

The rooms will include the basic equipment found in similar facilities, mainly power generators because these hospitals are far from city centers.

Two or three doctors will be assigned to run each hospital and to receive patients and the wounded. Also, four service rooms will be set up in each hospital to receive urgent surgeries. Mr. Gül emphasized that about 200 people will benefit from the services of these hospitals.

Mr. Mehmet Urgancıoğlu, coordinator of activities at the foundation, confirmed that the foundation is closely following the situation in Syria and in the hospitals there, which motivated them to think of other ways to avoid the Syrian regime’s attacks on buildings where medical services are provided to the wounded patients.

Discussing further into the details of the project, Mr. Abo Abd Alrahman, a member of the medical committee in Hama, said in a statement that a large part of the rooms and the corridors is ready after months of continuing efforts; however, further support is still needed in order to equip the hospitals adequately to provide services effectively within the next four months.

Mr. Gül confirmed that the foundation assumes providing medicine and medical equipment, but not wages for medical staff; however, other donor parties may cover the shortage of expenses in the project.

Mr. Omar said that choosing the areas, where setting up these hospitals has already began, was due to the extensive shelling these areas are witnessing, in addition to the lack of field hospitals and medical centers which impels patient to cross long distances risking their lives, whereas having field hospitals would have saved them.

As for the accessibility of the hospital, Mr. Gül added that the foundation has provided ambulances in these areas as a part of another project currently in action in Syria. Thus the same ambulances will be used to transfer patients and the wounded to receive emergency surgeries; then the patients will be transferred again to other facilities where they will complete their treatment since these hospitals will not have specialized capabilities in all departments; they are field hospitals rather than specialized hospitals.

Mr. Gül mentioned that the carving into the mountain is a hard process due to the nature of the rocks in the area; however, having calcareous rocks facilitated the process. “All difficulties are solvable; we will use concretes to support the hospital; the concretes will be filled up with earth to provide further protection to the ceiling and the walls of the hospitals”.

Mr. Abo Abd Alrahman said that the foundation carved the hospital into the mountain to protect the patients as well as the active medical staff from Assad’s regime attacks. He highlighted the fact that over 160 doctors have been killed during their work in Syria so far, and that setting up similar hospitals will provide a safer place for patients and medical staff than other medical centers.

The foundation has been active in Syria since March 2011 working on social projects, setting up kids’ parks and orphanages, providing vaccines, first aids, clothes, medical and food supplies, providing psychological and educational support, organizing Iftar in Ramadan, setting up camps, medical units, and field hospitals, in addition to providing training courses for active staff in Syria; the foundation was also a mediator in a number of hostage exchanges deals.

The foundation works on allowing 80% of aids by other international organizations into Syria through Turkey, benefiting from its headquarters at the borders and in Syria; in addition to having the staff and the stores to keep the supplies during the distribution process.

The foundation’s activities are not limited to Turkey; it operates in Syrian refugee camps in Lebanon, Jordan, and Iraq.

It is worth mentioning that the foundation played a major role of a mediator in releasing 2130 Syrian civilians detained in Assad dungeons in exchange for 48 Iranian detained by fighting opposition groups on Jan. 9, 2013. 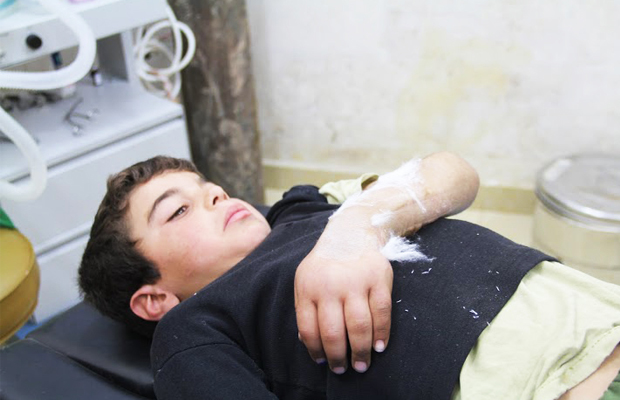 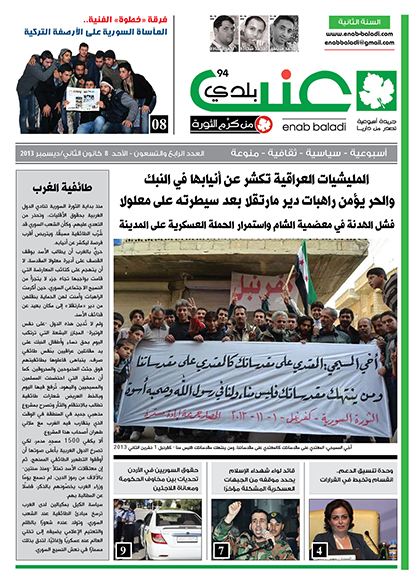